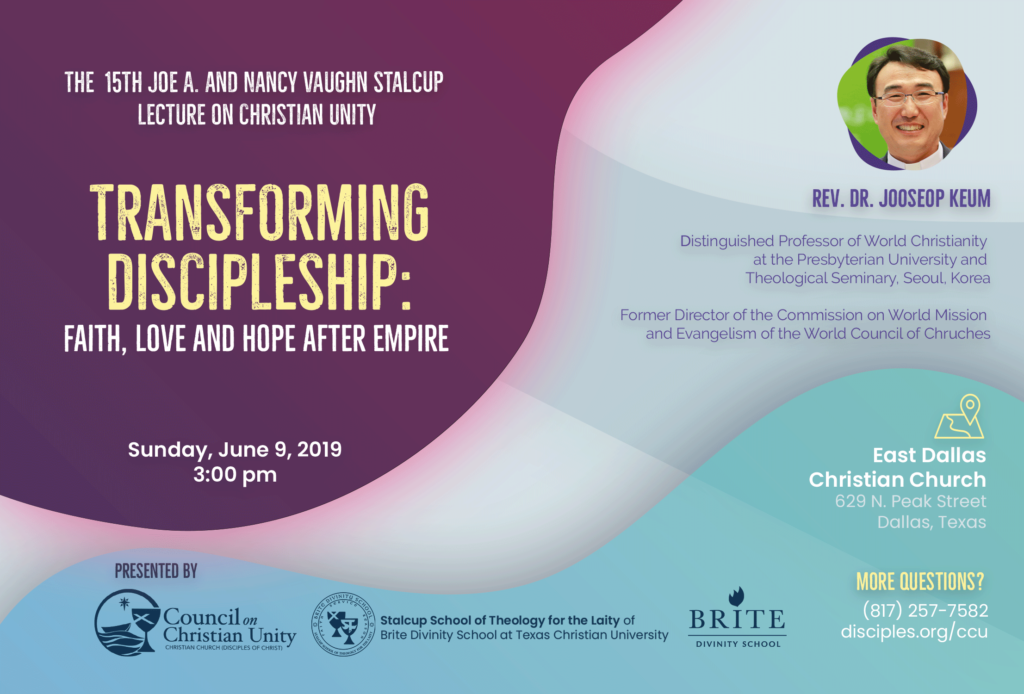 Introduction to This Year’s Lecture

How can we describe the time and context in which we are living today? An unholy alliance of religious fundamentalism, racist claims and the ideology of neoliberalism is creating fascist empires. Division, fundamentalism, violence, and discrimination are all on the increase everywhere in the world. Empires are no longer sustainable in a traditional way. Therefore, they are taking extremist measures to survive in the era of “after empire.” In our socio-political cultures, the darker side of human nature is overwhelming and without any shame. The greed of power, money, sex, violence, and claims of jealousy are competing to search for victims. The top leadership of the “global empires” and “little empires” are openly creating the politics of fear-based on discriminating and bullying the other, particularly the weak, the minorities, the stranger and the poor. Perhaps, the current rise of fascism all over the world is disqualified even to be called an empire in all aspects. Therefore, I call it the “ruins” after the empire. Therefore, it will be answered to the challenges by the empires with the concept of “transformative discipleship,” and seeking an alternative form of leadership for the world and the future of global Christianity. There will be a triangular conceptual emphasis of transformative discipleship: Rediscovery of Faith at the Margins, Power of Love to Defeat Politics of Fear, and Hope as Agent of Change.

The Rev. Dr. Jooseop Keum is Distinguished Professor of World Christianity at the Presbyterian University and Theological Seminary (PUTS). Keum served the World Council of Churches (WCC) based in Geneva, Switzerland for ten years as Director of Commission on World Mission and Evangelism (CWME) and editor of International Review of Mission, which is the missiological journal incepted by the World Missionary Conference in Edinburgh 1910. He taught history and issues of ecumenical missiology as a research professor at Stellenbosch University in South Africa. He received Ph.D. at New College, University of Edinburgh and served Council for World Mission in London as the executive secretary of Mission Programme. Prof Keum’s main focus of research is ecumenical understanding and practice of mission in the context of world Christianity. His current publication project is a book on A Missiology of Life, 2019. He is the main editor of the new WCC mission statement, Together towards Life: Mission and Evangelism in Changing Landscapes. He has organized the 14th World Mission Conference in 2018 with great success in Arusha, Tanzania. He was awarded an honorary doctorate in reformed theology at the Debracen Reformed Theological University. He is an ordained minister of the Presbyterian Church of Korea (PCK).